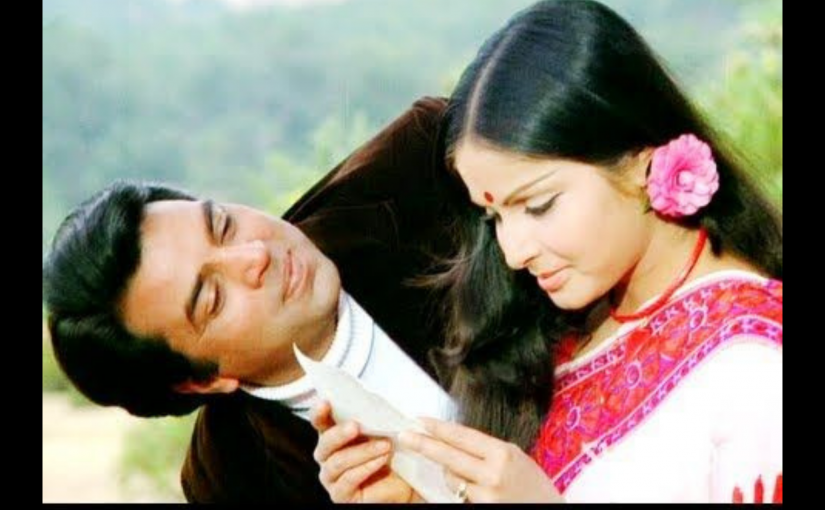 It’s the time of the year dedicated to love birds around the world. Valentine’s Day has become a mundane affair. Every year, we celebrate it in the same boring way. Why not make it a gala event for you and your partner?

This year, GaanaP is here to add some magic to your Valentine’s day with fun music and games. GaanaP is a musical gaming app that has interesting musical games for music lovers. Games like TMK, Bhagam Bhag and Aur Sunao will keep you engaged in your free time and increase your knowledge of Bollywood songs. You can install the app to play them. It has also come up with GaanaP Live, a new way to play the games along with other users at the same time. You can sign up for various live events organised by GaanaP, where you get to meet other players, talk to them and play along.

We have short videos on YouTube to help you learn more about GaanaP Live and how to play it.

In this blog, first we’ll talk about some romantic songs from Hindi films suiting different moods and temperaments. After that, we’ll discuss exciting Teen Maar Khan games that you can play with your partner on Valentine’s Day.

A timeless classic that went under shadows for some time, this melody is a hidden gem that takes us to a distant India at the beginning of the 1970s with two lovers who are trying to flee away to a different city. Sharmila Tagore and Jeetendra are seen hiding away in a truck as they sing this soul touching song with rhythmic music composed by none other than Kalyanji Anandji. The lyrics by Bakshi ji are a true example of a love poem. Lata Mangeshkar and Mukesh have poured in their entire heart and soul to bring the song to life which sounds like magic.

The most popular old Bollywood romantic number of all time, “Pal Pal Dil Ke Paas” has more than a million fans around the world. The hush-hush exchange of letters between Rakhi and Dharmendra in the film shows how they are near to each other through the letters even if they are physically away. Kalyanji Anandji’s compositions and lyrics are evergreen. Their charm doesn’t disappear with time and Kishore Kumar’s immortal voice still rings through our ears. Play this song and indulge in some nostalgia with your loved one.

Songs like this one are the epitomes of “Classic”. Extremely mellifluous, a romantic sonnet put to words by Sameer, set into music by Nadeem Shravan and sung by the legendary singers Anuradha Paudwal and S.P Balasubramian. There are two versions of it, the male and female one. Madhuri Dixit is shown as a prominent musician playing this tune on the piano and singing along. She sings it for Salman Khan in the movie, as he dreams of her, she thinks of him and begins her performance in front of a large audience.

Anytime you hear this melody being played, you just can’t stop singing along. Such is the charm of this masterpiece brought to life by the champions of music Nadeem- Shravan, Sameer, Alka Yagnik and Udit Narayan.

Whenever you wish to be in a light, romantic mood “Aaye Ho Meri Zindagi Mein” will come to your rescue. Amir Khan can be seen driving with Karishma Kapoor sitting behind, as he sings this romantic serenade for Karishma. He pours out his feelings and tells us how the girl makes him see the world in a different light. His joy seems to have no bounds and the song signifies just that.

Alka Yagnik showed her prowess in singing after a long time. Her return and a new beginning with Arijit Singh got appreciation like never before. “Agar Tum Sath Ho” won more than a trillion fans soon after it was released. The wordings by Irshad Kamil are as sweet as the music by Rahman. The song is all about clinging on to your better half and not letting go through all the ups and downs of life. Life might throw a lot of nasty stuff at you, but being together is the secret to successfully overcome all the hurdles. Ranbir Kapoor and Deepika Padukone quite appropriately play their roles and help to bring the song alive on screen.

“Qaafirana” is a recent favourite that stole countless hearts. It will straight away take you to the green, brown, blue, white Mountains, hills and valleys of Kedarnath echoing in all their glory. The lyrics by Amitabh Bhattacharya seem to be straight away coming out of a love story. The music by Trivedi has a fresh feel to it that can uplift your spirits anytime. Nikita Gandhi and Arijit Singh’s voices are just perfect for the characters portrayed by Sushant Singh Rajput and Sara Ali Khan. They play the characters of a Hindu girl and a Muslim boy who break away the barriers of religion and come together to celebrate love.

You can enjoy these songs on Valentine’s day, play the songs in your home, car, workspace or wherever you go and host a Valentine’s Musical Games evening for yourself and your partner. For the games evening, you can play the Bollywood musical guessing game TMK. In TMK, you get just three golden chances to guess the songs and win points.

Anytime, you wish to join the private  GaanaP Live! party, you must Sign Up by filling a form. Install the app on Android or iOS to celebrate a romantic Valentine’s Day evening!