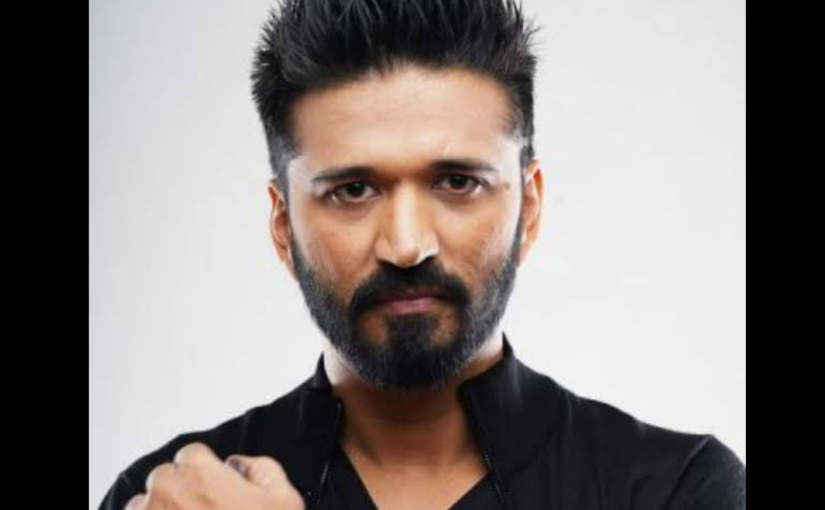 In times like these when creativity has taken a toll in the Bollywood Music Industry, composers like Amit Trivedi are hard to find. He is a pure representation of passion, dedication, innovation and creativity despite being lured by producers and labels into creating remixes.

His love for making music is greater than money, fame or quick success, so he does not believe in remixes or copying music that has already been done and dusted with.

He is like a whiff of fresh air in the otherwise mundane music scenario.

His rise to prominence came with Dev.D, but even his first film “Aamir” got him showered with a lot of love and respect. Dev. D became a hit particularly because of the songs. It was the first time in the history of Bollywood that the songs of a film helped it become a blockbuster hit.

Enjoy The Game “TMK-272, A Tribute To Amit Trivedi”

Born and brought up in a simple Gujrati family from Ahmedabad, Amit made a place for himself in the industry all on his own. It is his talent and calibre that helped him reach where he is today. We have specially created a Teen Maar Khan game on the Gaana Pehchaana app to celebrate his amazing compositions and passion for music. Install the app on Android or iOS to play it.

In today’s blog, we have another game for you. A quiz based on songs composed by Amit Trivedi. There will be 10 questions. Let’s see how many of you can guess the answers correctly. The one who guesses them all will be the king of the quiz.

“Say sweet sweet words, let the syrup mix in my ears, let the drums beat, and in the fun you dance.”

2. Which of these Amit Trivedi songs has the word Bhanwre in the second line?

3. Which of these songs is the only remix created by Amit Trivedi?

4. In which of these Amit Trivedi songs do we hear a blind man singing?

5. Which of these instruments did Amit Trivedi use in the “Aazaadiyan” song from the film Udaan?

6. Which of these lines have been picked up from the “Sham Bhi Koi” song composed by Amit Trivedi?

7. Which of these awards has not been won by Amit Trivedi?

8. Which Amit Trivedi song has been influenced by the folk genre “Baul Sangeet” and has the use of Ektara in it?

9. Which popular Bollywood song about 3 passionate friends trying to start a Cricket Academy was composed as well as sung by Amit Trivedi?

10. For Which Popular Bollywood Film Album did Amit travel to Amsterdam and Paris in search of inspiration and to get some idea about how people celebrate life in these places, so that he could infuse the local flavours in his songs?

How Amit Gets His Musical Inspirations In The Middle Of The Night?

Amit Trivedi confesses that musical inspirations come to him even in the midnight around 3am, 4am and there are times when he’s just left clueless and is not able to create anything. There is no specific place or time for an idea or inspiration to come to mind.

A composer needs to get a good idea about the script of the film, the situation and all to create the best music.

Amit is not just a renowned Bollywood Music composer, but he has started working on his independent label called “ATAzaad” as well.

Did you know that before coming into the Bollywood world and getting noticed by Anurag Kashyap, he worked for a long time creating advertisement jingles?

His biggest inspiration is A.R Rahman, whom he considers to be the God of Music. As a child, he was very naughty and didn’t do well in school, so he literally got expelled from his history class for a year. Now, he feels that all his naughtiness has shifted towards his music.

Gaana Pehchaana is the ultimate destination for Bollywood Music lovers. It’s an interactive app where you get to play musical guessing games like Teen Maar Khan, Bhagam Bhag and Aur Sunao. Teen Maar Khan has innumerable themes. You can choose one, based on your choice and start playing, but make sure you don’t guess more than 3 answers wrong, otherwise you’ll be out. For Bhagam Bhag and Aur Sunao you can select your decade and difficulty level. Bhagam Bhag is all about guessing the songs within the shortest time and in Aur Sunao, you can continue listening to the clips if you don’t recognise them in one go.

Every week, we come up with the most interesting stories, gossip and little known secrets of the Bollywood Music Industry through our blogs. Enjoy them and let us know your opinions in the comments section.