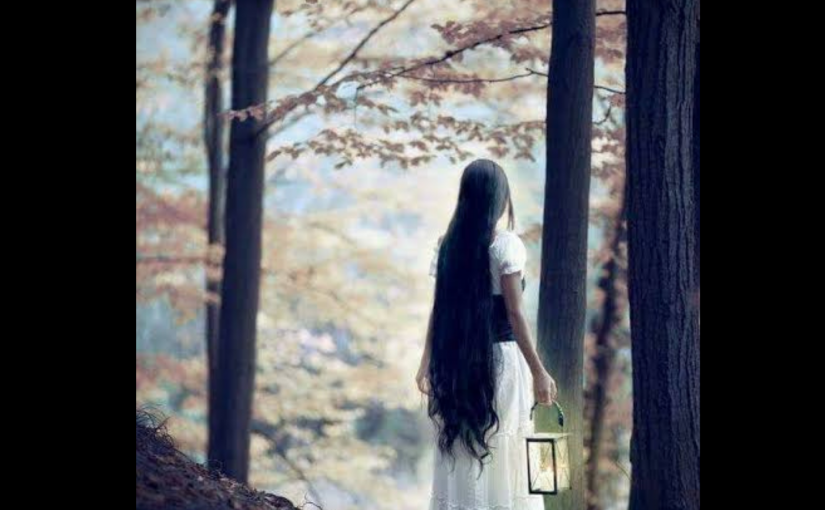 Every civilization and culture on earth has had a fascination for healthy, long and lustrous tresses. All the Bollywood songs on Zulfen indicated not just a woman’s tresses, but also that of a man.

Long hair has always been linked to wealth, power and good health. It is even a status symbol in many communities.

Just like heroes from popular fairy tales like Rapunzel are attracted to a woman’s hair, even Bollywood heroes love singing songs dedicated to the heroine’s tresses.

Hair is not just a symbol of romance, but in mythological stories like the Mahabharata and Iliad, women like Draupadi and Medusa can also be seen seeking vengeance with the help of their hair.

Let’s see how our Bollywood actors go about wooing their leading ladies with shiny tresses, in some of the most popular Bollywood songs.

A popular song with satirical undertones. “Udein Jab Jab Zulfen Teri” will always be close to the hearts of Bollywood Music lovers from every era.

Vyjayantimala’s girl gang clap their hands and tap their feet to dance in perfect coordination. Similarly Dilip Kumar and his boy gang are in perfect coordination. This is actually a masterpiece by O.P Nayyar and Ludhianvi. Asha Bhosle and Mohammad Rafi singing for Vyjayantimala and Dilip Kumar, made the duo extremely popular. We just can’t stop admiring the beauty of the lyrics “Ude Jab Jab Zulfen Teri, Kawariyo Ka Dil Machle Jind Meriye”.

“Zulf Ke Phande” stars Johnny Walker and is obviously not a romantic track. It’s a comic one. The song talks about Johnny Walker’s dilemma as he was ensnared by the beauty of somebody’s hair which got him imprisoned.

An all time favourite Zulf song starring the chocolate boy- Joy Mukherjee and the dancing legend- Helen. “Raat Nikhri Hui” would absolutely melt your heart, more so because of Mukesh’s buttery voice. Usha Khanna’s attempt at composing the music did not go to waste. She did an absolutely great job at it. If you love singing, you’ll enjoy humming to it’s heart lifting tune.

Couldn’t skip a zulf song starring Dev Anand. He’s a personal favourite and the song can actually set the mood for a musical evening. The film had a confusing storyline, but the movie as well as the songs were big hits.

Dev sings it for Asha Parekh, even after she rebukes him.

Only lyricists like Hasrat Jaipuri could have written songs like this one. The music by Shankar and Jaikishan is replete with the divine strumming of the violins. Give it a try, if you haven’t heard it yet.

The film “Mere Sanam” was a remake of the 1961 romantic comedy ” Come September”. The song seems to be shrouded in a cloud of deep mystery. Surprisingly, most of the compositions for our zulfen songs would be composed by O.P Nayyar. You’ll love hearing Asha’s voice echo through, as Mumtaz tries to convey some secret message to Biswajit and the sequence becomes quite intense.

This is one of the most popular Zulf tracks in Bollywood. The handsome Manoj Kumar can be seen wooing the demure Sharmila Tagore, who has the most beautiful hair covering her face. Sharmila was known for her typical hairstyle in those days. The music by Nayyar can calm your mind like never before. Rafi’s deep, husky voice does perfect justice to A.H Bihari’s string of precious words. Enjoy watching the video set in picturesque Himachal Pradesh.

This song belongs to a time when marriages in India were mostly arranged and the bride and groom would not meet each other before marriage. There didn’t exist any technology like WhatsApp, Skype, Zoom or Facetime, so it would be absolutely impossible for the bride and groom to talk to each other. The only thing they had, would be a photograph.

Here both Malti and Ram are shown having each other’s photograph. Malti’s thick, long hair and gorgeous beauty makes Ram dedicate this wonderful song to her. On the other hand, even Malti thinks how handsome Ram would be in reality?

These days, we don’t get to hear songs with the word zulf in it. So, we were all taken aback to hear the very first line of the “Cham Cham” song which goes like “Zulfon Se Bandh Liye Badal”. It’s been so many decades since lyricists felt that the word zulf is outdated, but hats off to Kumaar and Meet Bros for bringing it back after so long. It’s a sweet number sung by our sweet singer Monali and we loved watching Shraddha dance to it’s beats on a rainy morning. She dances so well that even the villain is shown to be awestruck by her beauty.

Why Zulfen Songs Are So Close To Our Hearts

All through our childhood, we had our grandmothers and mothers taking care of our hair. They would oil our hair and tie it properly so that it became lush and long.

Bollywood actresses like Jaya Bhaduri, Sharmila Togore and Rekha who were renowned for their long hair also reported to have a very simple hair care routine in their youth. In fact, Sharmila Tagore’s beehive hairstyle became so famous, that every actress of her generation began following it. Till today, millions of girls and women try out her style to add a touch of retro to their hair.

Subscribe to our blog to catch up on something new every Friday. As it is lockdown time and you guys are restricted to your homes, you can enjoy the musical games TMK, Bhagam Bhag and Aur Sunao on our app or participate in a Live Gaming Session with other Bollywood Music Lovers from around the world. Just fill this form to register for the Live Sessions. Install the app on Android or iOS!