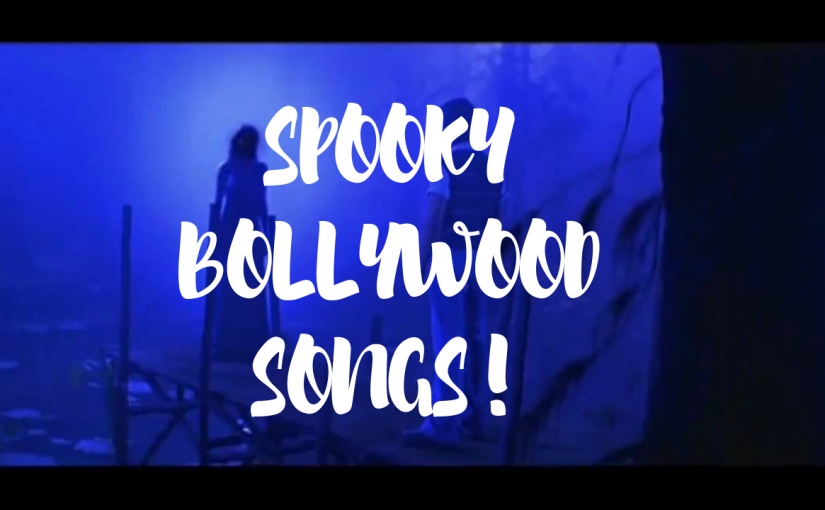 Just like some of us are fond of watching horror films, because we enjoy the spine-tingling, nerve-racking feeling that scary films give us, similarly there are people who thoroughly enjoy listening to spooky songs because these songs transport them to a supernatural, spooky world.

Bollywood has its own exquisite collection of tempting horror songs which will take you in for a chilling ride to the land of ghosts, vampires and unsatiated spirits. 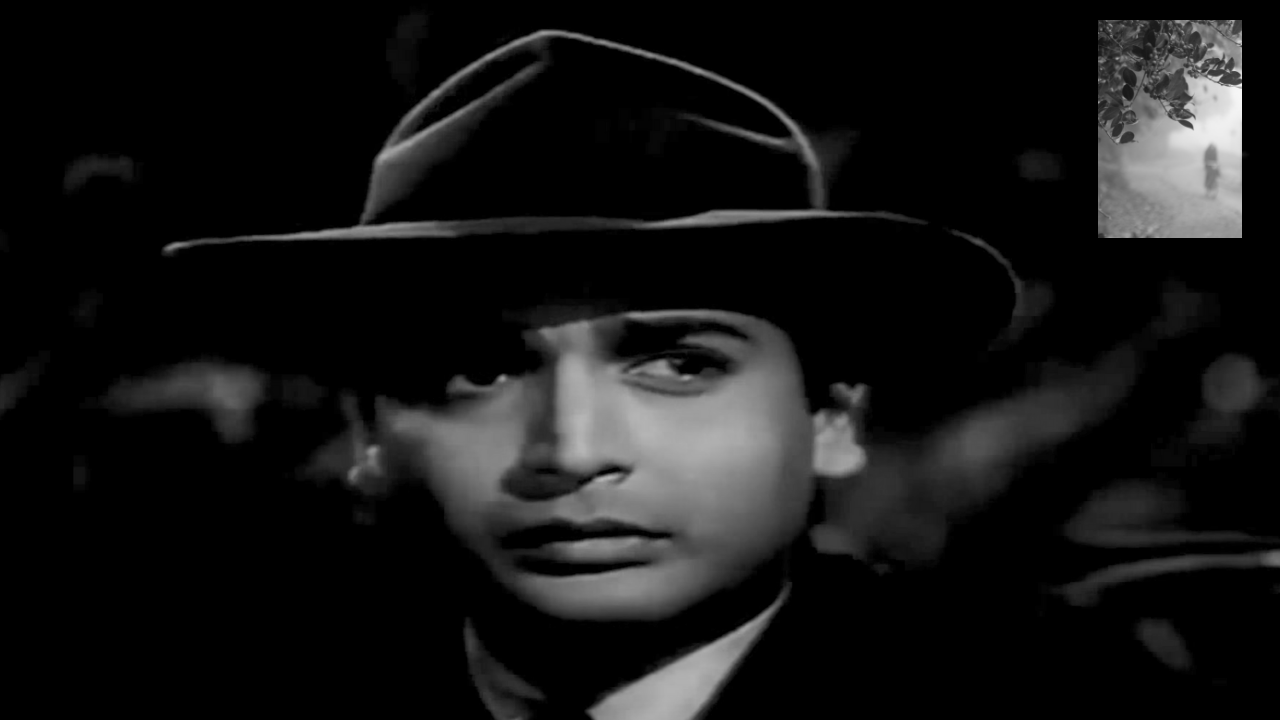 This one’s a spooky song sung by a dead girl turned into a ghost. Nobody knows the scary truth until the end of the film. The lilting music from the piano and Lata Mangeshkar’s delicate voice make the song sound extremely haunting. Hats off to Waheeda Rehman and Manoj Kumar’s brilliant screen presence. Hemant Kumar broke all records with this spooky composition. 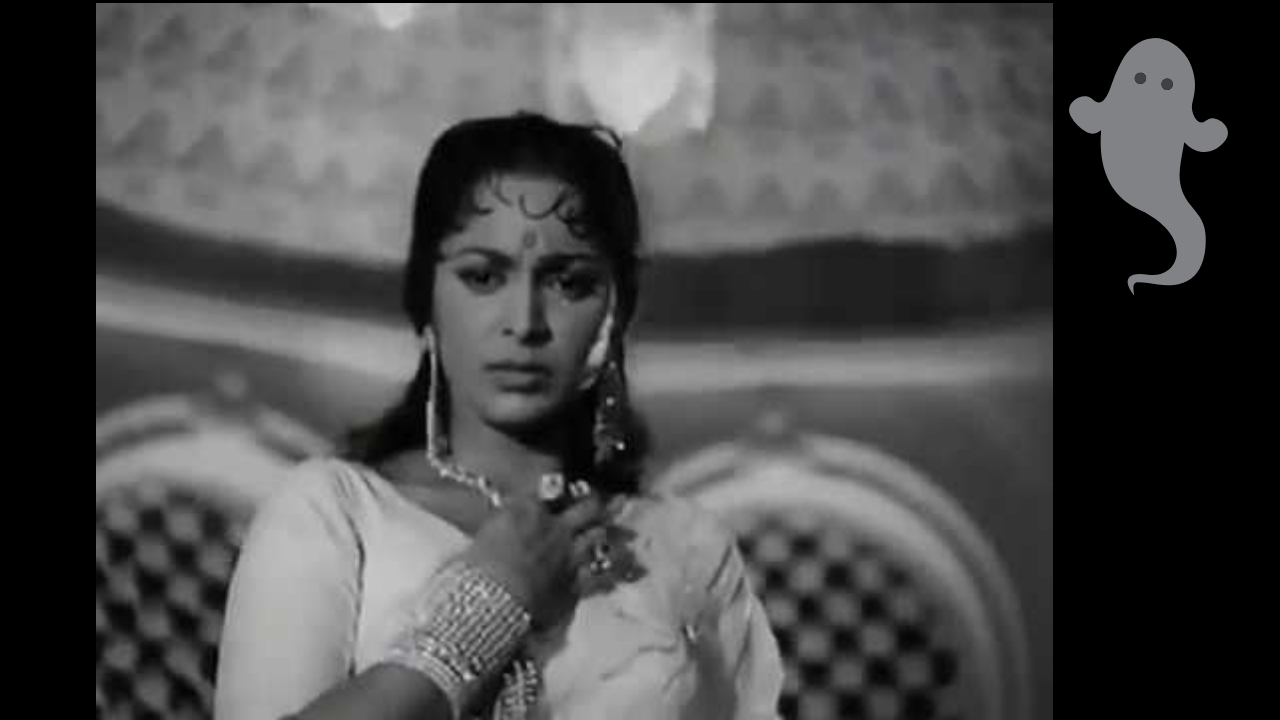 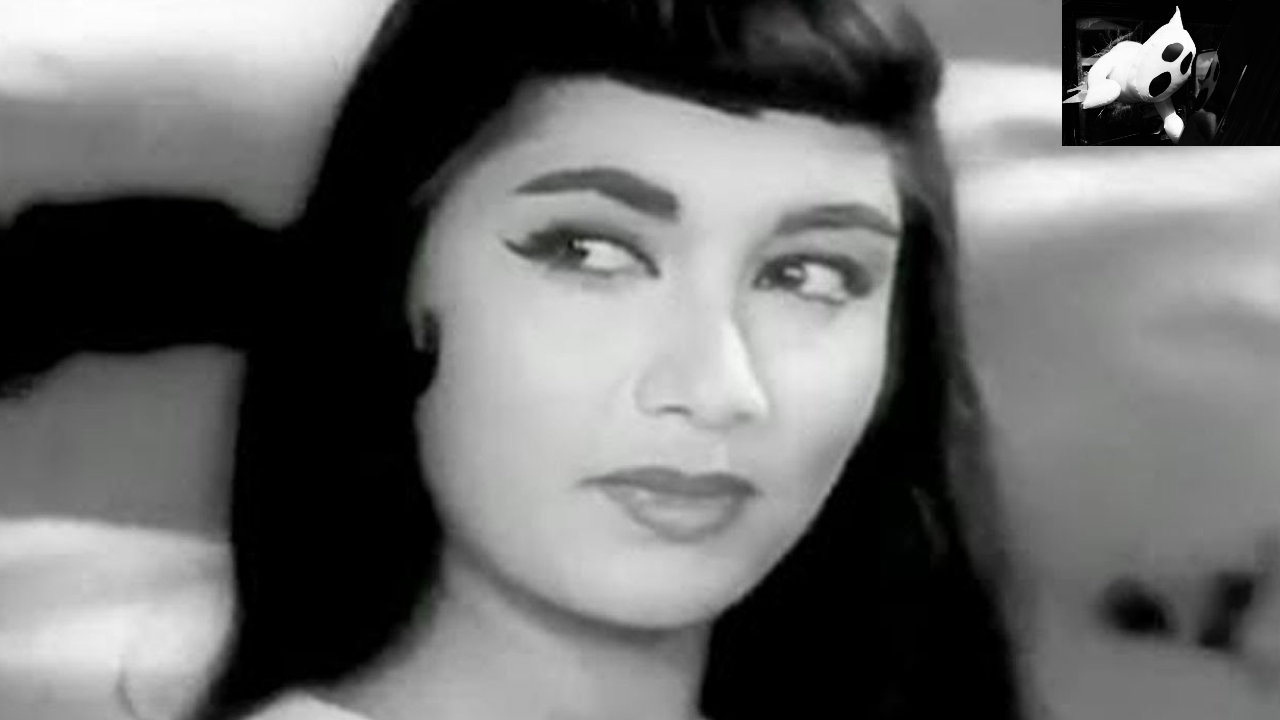 “Naina Barse, Rimjhim, Rimjhim, Piya Tore Awan Ki Aas” is a breathtakingly beautiful song loved by generations of Bollywood Music Lovers. Lata Mangeshkar sings it for Sadhana, who in this song, haunts Anand (Played by Manoj Kumar) and takes him to the graveyard. Raja Mehdi Ali Khan’s lyrics emit a supernatural and mysterious aura. Lata Mangeshkar does complete justice to this song. 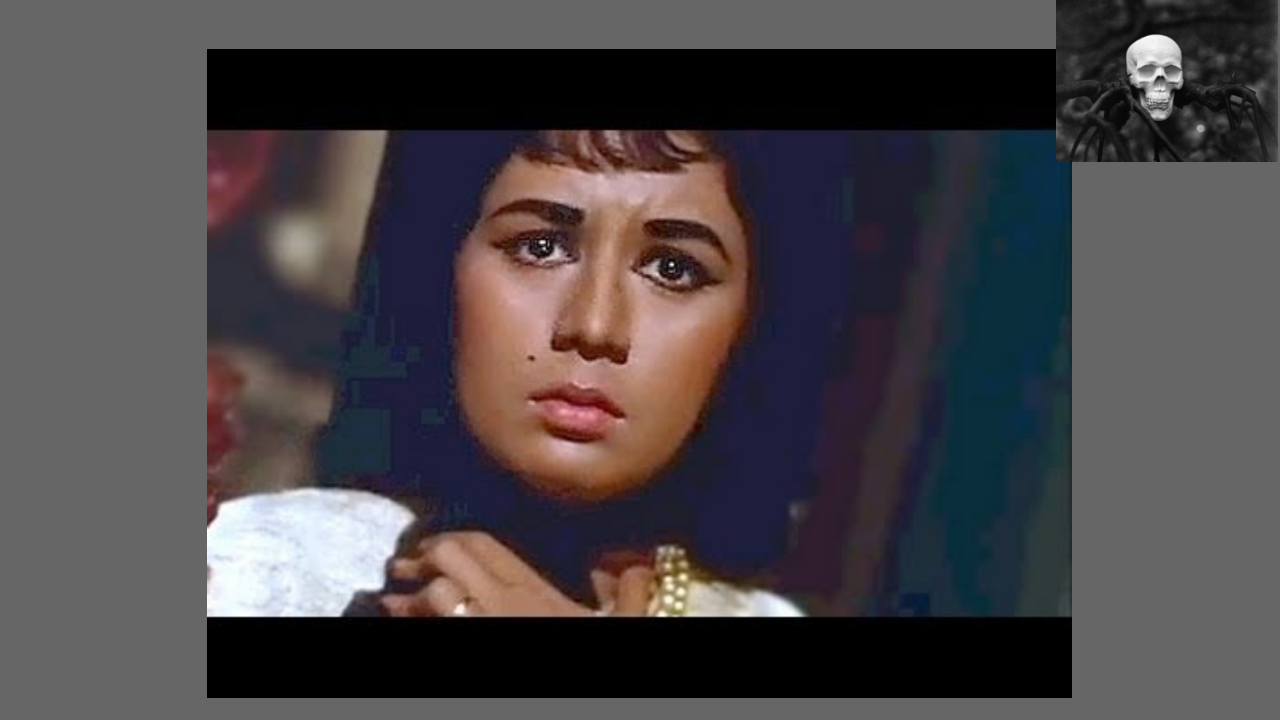 This is by far the most renowned Bollywood horror song. It’s from the 1965 Bollywood thriller film, “Gumnaam”. Most of us might not remember the names of any Bollywood spooky songs, but this one remains etched in our mind.

It’s the music by  Shankar Jaikishan, the lyrics by Hasrat Jaipuri and Lata Mangeshkar’s singing style that contribute to the haunting nature of this song. It’s not the song video that will scare you, even if you listen to this song with your eyes closed you’ll be extremely scared. 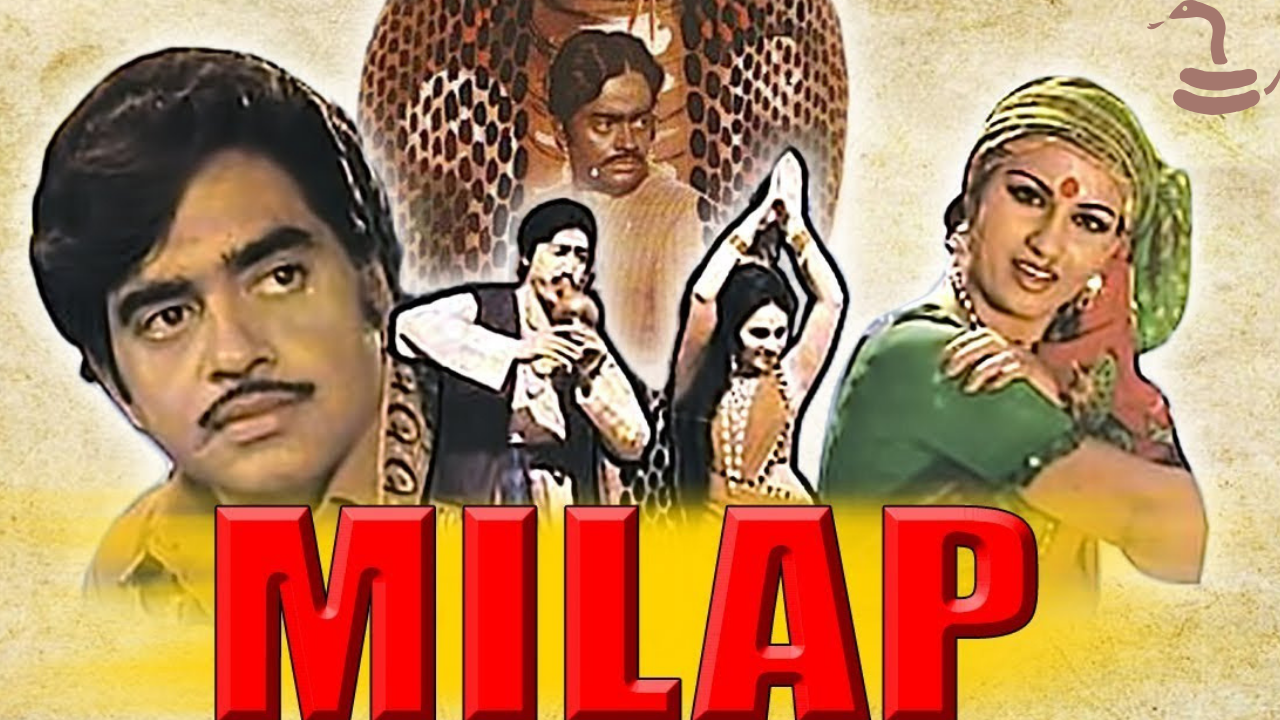 This one’s a rare, ghostly melody in a male voice. The song isn’t much impressive, but Mukesh and Shatrughan Sinha add life and soul to the song with their superb singing and acting skills. Shatrughan Sinha is seen unravelling the secrets of a mysterious snake charmer Rani. Is she a ghost or a human? This song dedicates his feelings towards Rani. 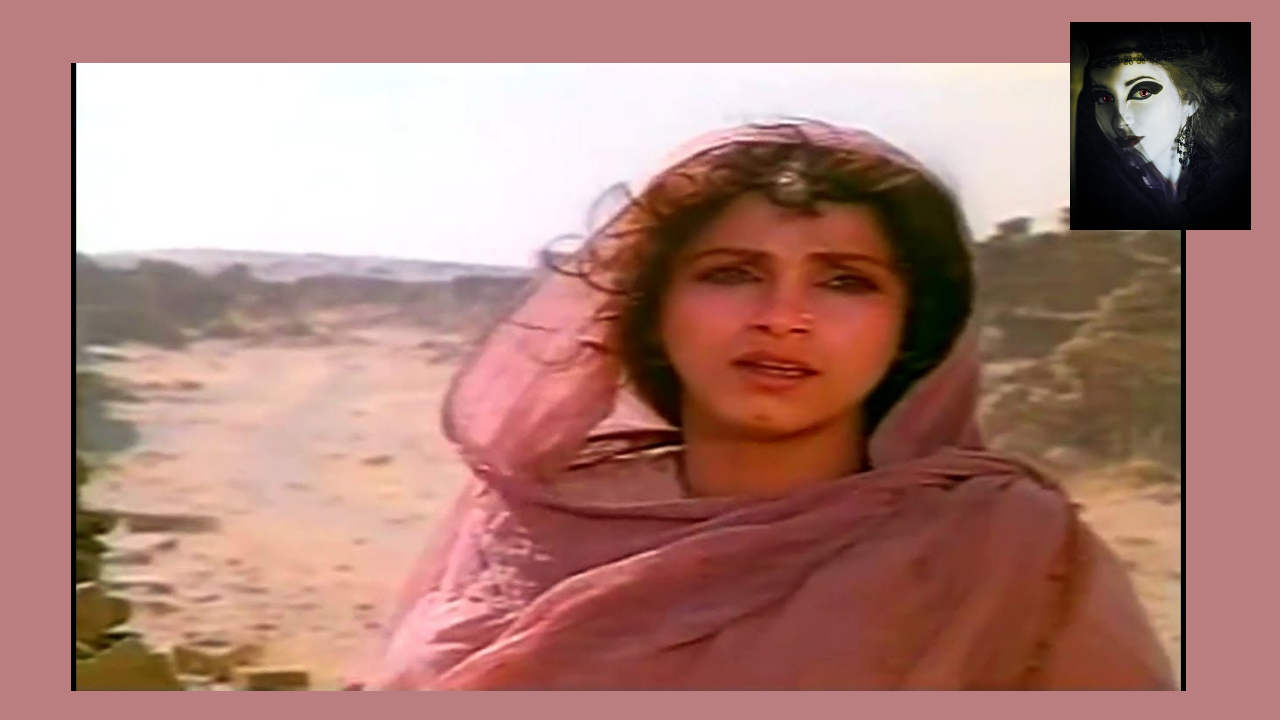 ‘Lekin’ takes you through the haunting desert sands, ancient forts and palaces of Rajasthan. Mere words are not enough to appreciate Gulzar’s calibre as a lyricist. He’s too good with the lyrics. 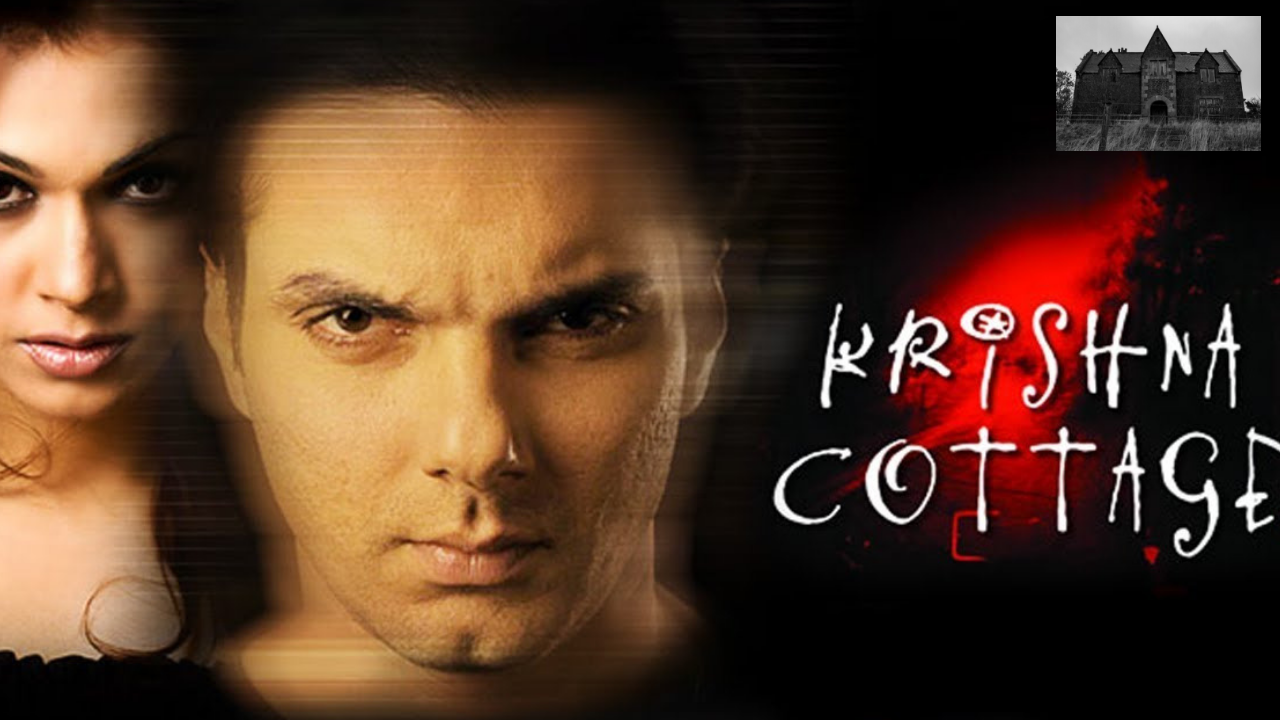 “Soona Soona, Lamha Lamha, Meri Raahen, Tanaha Tanaha” The song seems familiar no?, but many of us never knew that it’s a spine-chilling love song from the 2004 ghost film, “Krishna Cottage”. Anu Malik’s music and Shreya Ghoshal’s sweet voice cast a haunting magic. The plot of the movie revolves around a group of college friends who are forced to take shelter in the mysterious Krishna Cottage for the night. Little do they know that a spirit haunts the cottage. 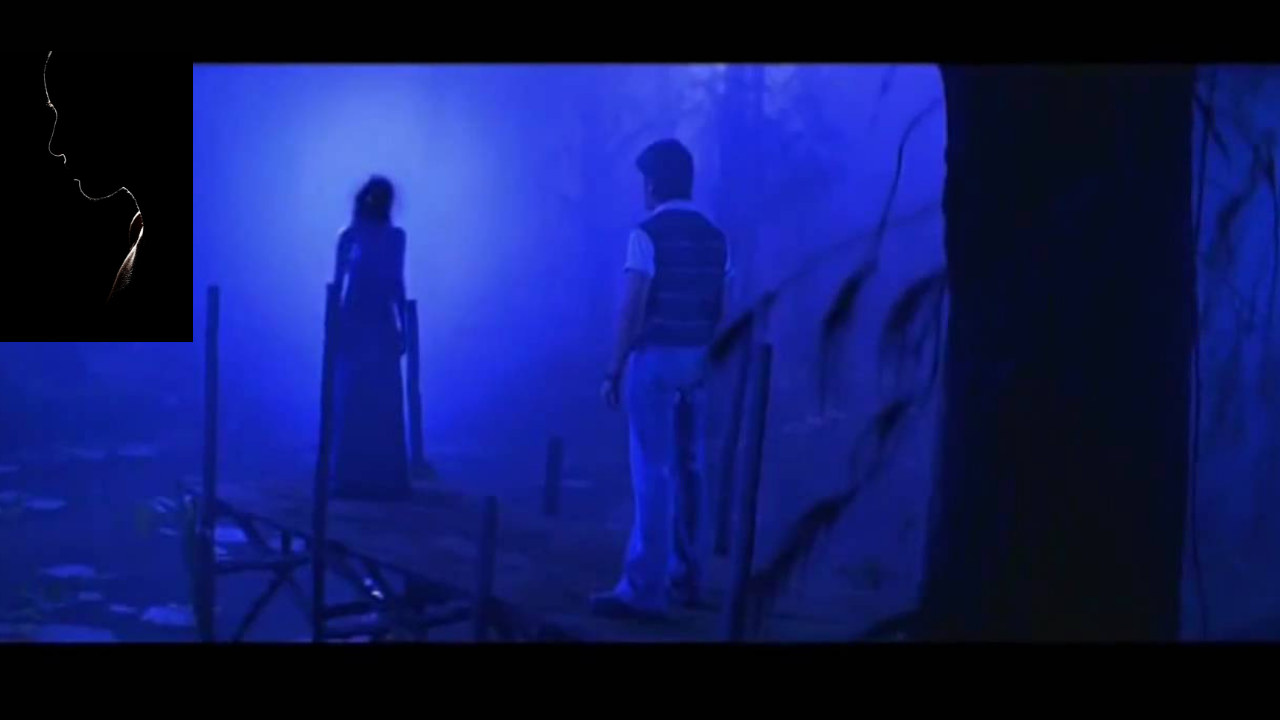 ‘Ajnabi Hawaayein’ is an extremely frightening melody. ‘Shapit’ might not have been a super-hit film, but the storyline was seriously scary. The movie, as well as the song, is full of supernatural stuff like occult science, black magic, cursed spirits etc. Sameer has been great at writing the wacky, scary lyrics with a hint of romance and Shreya has done well with the singing.

Did these songs terrify you or scare you out of your wits? If not, try listening to them while on a night camp in a desolate place. Enjoy the above-mentioned songs on https://goo.gl/3AzqAD, to read the blogs and reviews click on Blog/Review. To play your favourite Bollywood Musical games set in the pattern of Bollywood song quizzes check out the new version of the app https://goo.gl/Qyhuof. Don’t forget to let us know about your most favourite melody in the comments.