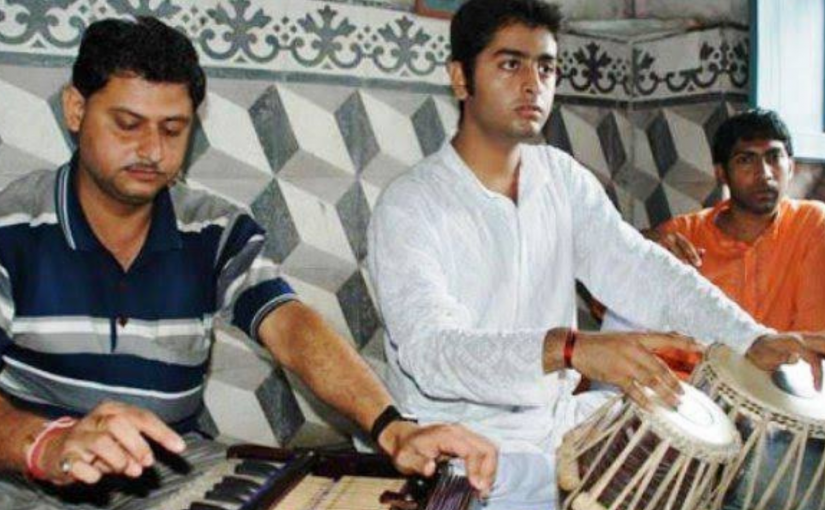 “Arijit Singh”!! Who hasn’t heard of him? He  is the most popular name in the world of Bollywood Music.

“An inspiration for thousands of aspiring singers who dream of making it big in the Music World”.

He taught us that giving up is the last option, even if you fail a thousand times.

Arijit comes from a musical background, but had to go through a lot of struggle to rise to fame.

His guru, Mr. Rajendra, asked him to participate in a Reality Show. He could not win, but stood 6th in it. A song that he had sung for Sanjay Leela Bhansali, didn’t get selected for some reason and he lost touch with him. Later, he also sang for an album by Tips which did not release. He kept trying, but misfortunes did not leave him and after all the failures he finally got the chance to assist some renowned music directors, which was his stepping stone to success.

This month, it’s his birthday on the 25th of April, so Gaana Pehchaana has created a fun quiz on him. If you are a die hard fan, you’ll surely be able to answer the questions correctly.

8. Arijit Singh was born in which State/City of India?

9. Who were the three gurus who moulded Arijit Singh into what he is today?

10. As a kid, which musical instrument was Arijit Singh trained to play?

11. Can you complete this famous lyric from one of Arijit Singh’s popular songs? “Karte Hain Hum Aaj Qabool Kya Keeje”

12. Arijit Singh is said to have married for the second time, what is his present wife’s name?

How many answers did you get right? To know the correct answers, scroll down to the end of the blog. Stay tuned for more fun and informative content.

The Gaana Pehchaana app has all kinds of interesting Bollywood Musical Games like TMK, Bhagam Bhag and Aur Sunao for the music enthusiasts out there. We also publish informative blogs every week.

The Teen Maar Khan Game called “TMK-371 (Arijit Rules In The 2010’s)”, is specially made keeping Arijit Singh in mind. Listen Carefully to guess and score, but remember that “Teen Maar Khaaya To Gaya”. So, make sure that you don’t select the wrong answer more than 3 times.